If you're looking for complete and clearly explained rules for Bunco then you've come to the right place! Never played Bunco before? Start with our "What is Bunco" section below where we provide a simple overview of how the game works.

After you're done reading the rules here, head over to our Bunco FAQs page for more information on starting a Bunco group and hosting parties! 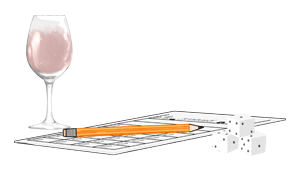 Bunco is a social dice game, traditionally played with 12 players who are divided into three tables with four players at each table. Really, though, almost any number can play. (If you have a number of players that are not divisible by 4, see our Bunco FAQs for information on playing with "ghost" players or "Bunco babies.")

The basics of Bunco are as follows:

But don't let this dry summary of the game give you the wrong impression. Bunco games are known for getting noisy and rowdy with all the socializing, dice rolling, friendly competition, and celebrating! It's a gaming event that brings people together again and again in a spirit of fun and friendship.

Or shop our store for Bunco supplies, all kinds of dice, tabletop game supplies, and much more. 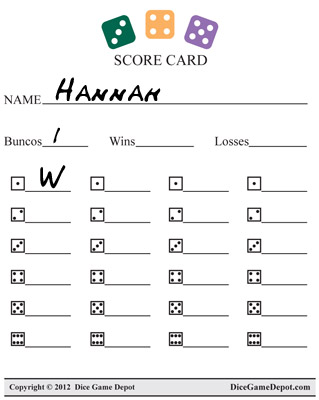